Why to Scalp under the radar

One of the top questions scalpers want an answer to is whether their broker allows scalping. Among scalpers, it’s constant fear that if their profits swell to significant amounts they’re going to get black listed. But the real question is can you scalp trade without your broker noticing? Theoretically, yes; but in practice it’s not quite that simple.

Why Hide Your Scalping?

The problems you may have with your broker when scalping is not necessarily your worst fear come to life. That, of course, is your broker finding out you’re scalping and cancelling your withdrawal privileges. Poof! The “million dollars” you successfully scalped is now stuck in limbo.

The reality isn’t quite so harsh. Your broker may do one of two things. He may widen the spread if it’s a variable spread you’re paying. Or, if it’s a fixed spread, be prepared for hidden slippage every time you close a trade.

Now, many times slippage is not intentional, but you can never really know, can you? After all, slippage by a few pips here and there or widening the spreads a bit is common practice. It’s also quite legal for a broker to do.

So if you are scalping on big amounts you probably won’t know if you’ve been “filtered” as a scalper by the system. That may explain why you experience some “minor” issues that bite into your profit. Or perhaps it’s just how the broker’s liquidity is on a big trading position. Sometimes, though, it might be worthwhile to try scalping under the radar.

How to Avoid Detection

The way most brokers filter scalpers is simply by duration of trades. If a trader trades at very short intervals (less than 2 minutes, say) he’s often identified as a scalper. But what if you fool your broker into believing you trade on longer durations. Then your trades couldn’t be “filtered” as scalping.

How would you do that? By opening two accounts that will each cancel out the other.

Let’s say you have one account with one broker (Broker A) and another account with another broker (Broker B). Now you’ve opened a trade on the EUR/USD for +100 lots long with Broker A. But you trade by the minutes and after 2 minutes you want to close it. So what do you do?

And the result? In each account your average duration is several hours. And neither Broker A nor Broker B has a clue that you are a scalper that actually holds trades by the minute.

How to do it Properly

Of course, there are three problems you might face. First, you might end up paying double the spread. Second, you might find it hard to open the opposite position in Broker B quickly enough. Third, you have effectively less margin because now you have your money divided into two accounts.

How would you handle those problems? Well, right off, as you might have expected, there’s no getting around the third problem. But what about the others? Here’s how they could work to your advantage:

If you open an account with brokers that have variable spreads often the bid of one will overlap the other’s ask. How can you close two opposite trades when the spread you effectively pay (i.e. the distance between the bid and ask) is minimal? You need a trading algo. Yep; as I said previously, this is not a simple thing to implement. For those of you that are familiar with the concept of triangular arbitrage this method might be simpler for you to grasp.

Nonetheless, a rather simple algo can compare price quotes of the two and decide when to close. Of course, as you might have figured, if your broker has fixed spreads this will not work well. Moreover, brokers with fixed spreads do tend to have slippage.

Of course, this may not be worth the effort. And the reality is that in most cases it’s not. Naturally, there are exceptions to every rule that could make this worthwhile. Especially if you’ve got a very good scalping strategy but suffer from slippage or widening spreads. 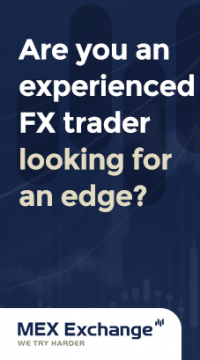